World Wide Web service with its online experience like hypertext links, surfing, web pages as a combination of text and images / multimedia brought Internet to general public. As to general public, it all very much revolves around the web browser. The first web browser ever, WorldWideWeb (later renamed Nexus) had many of the features later to be considered as standard for web browsers, but it was an experiment, accessible and known to very few. The rest of users might expect more likely only a text-mode interface experience through a text-based web browsers like Line Mode Browser.

Microsoft Windows was the fastest growing major platform for PC in the first half of 1990s. But Microsoft did not seem to recognize the importance of the web browser then. So the main competition under Windows at that time was among several versions of Mosaic and Cello. This competition gave birth to Netscape web browser, which became the dominant software of its kind for several years. This success and great public attention attracted by World Wide Web by 1995 made Microsoft to join in the efforts.

HTML ( with tables and frames ) support is quite strong ( More ... ). Internet Explorer 3 lets some HTML tricks to be used without extra strain, like HTML table borders without CSS.

Internet Explorer 3 also supports VBScript, ActiveX (more than 1,000 Controls), Java applets, inline multimedia, VRML and a Microsoft's reverse-engineered version of JavaScript named JScript. All of the versions and capabilities corresponding the level of the times. 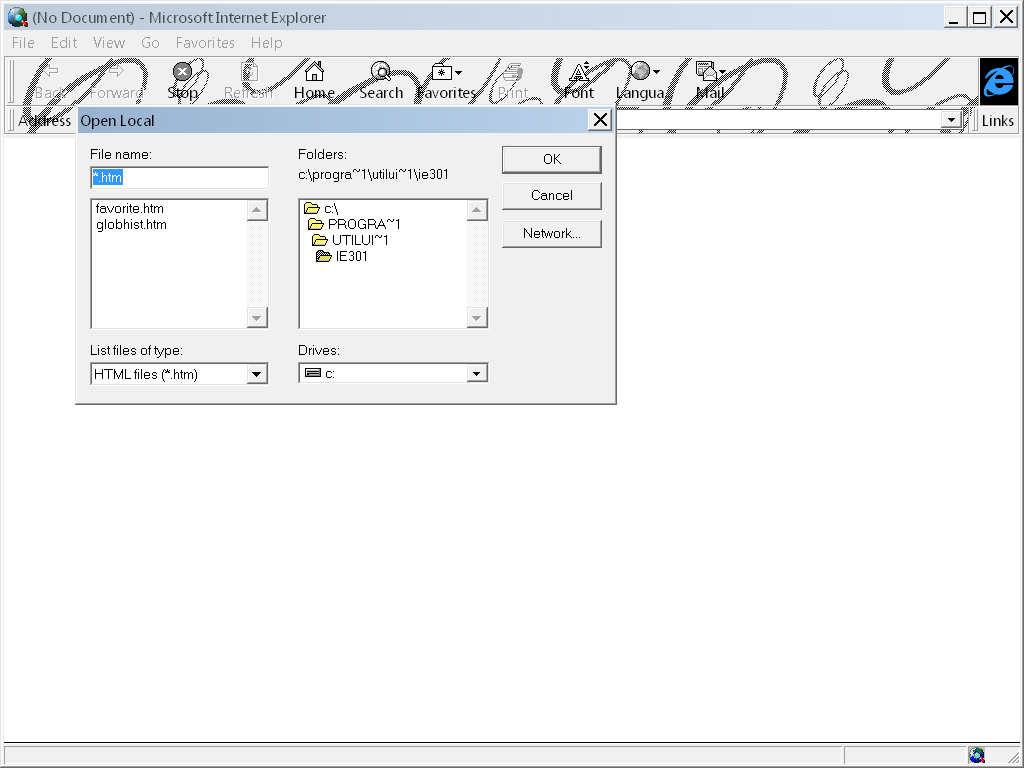 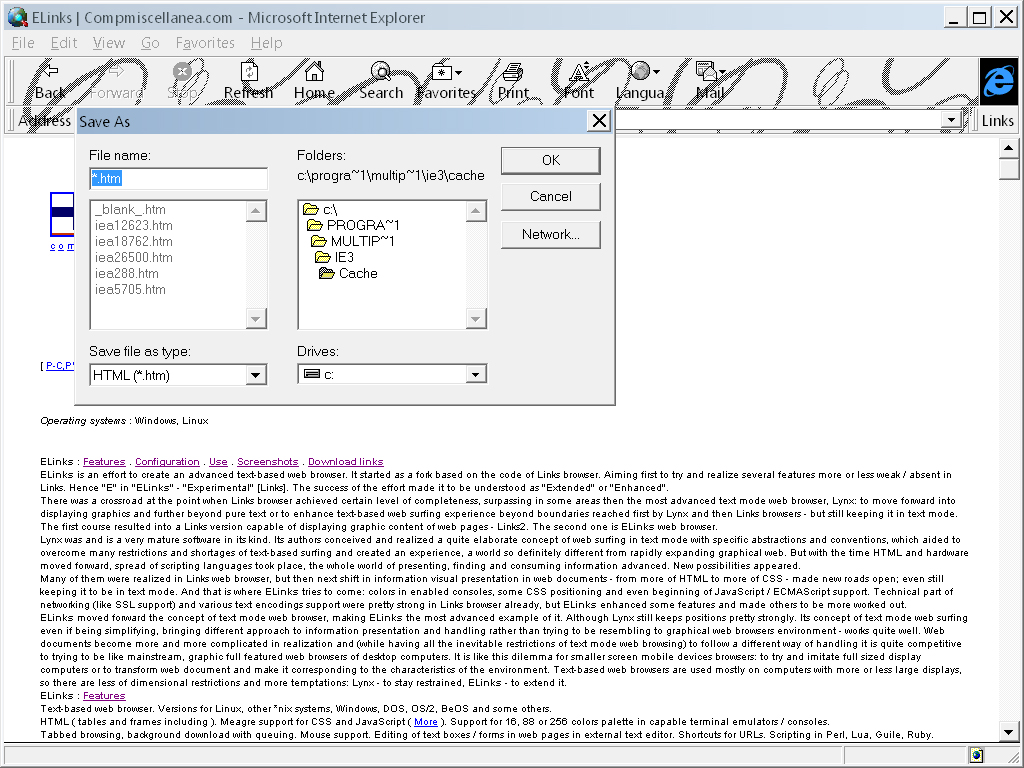 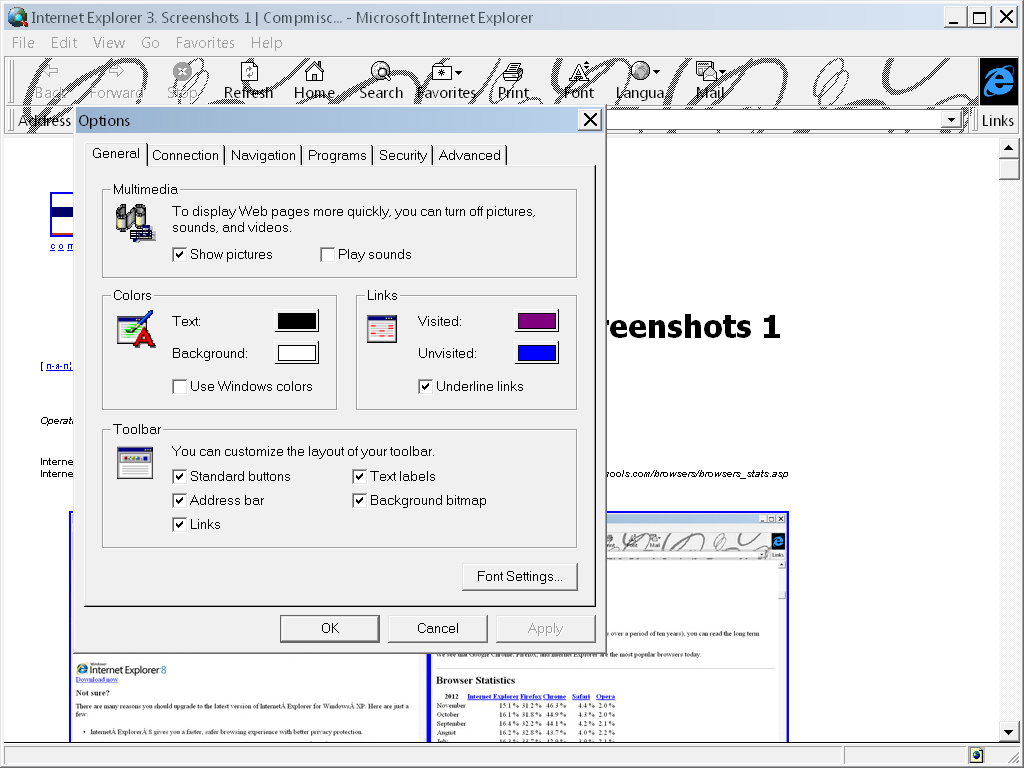 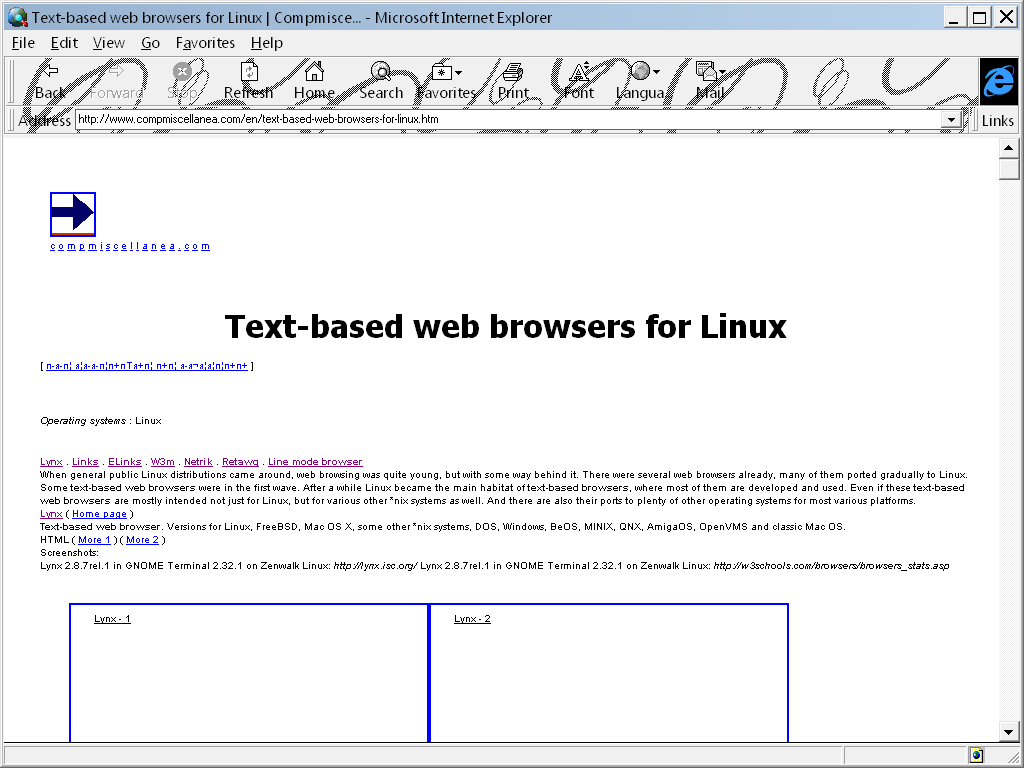 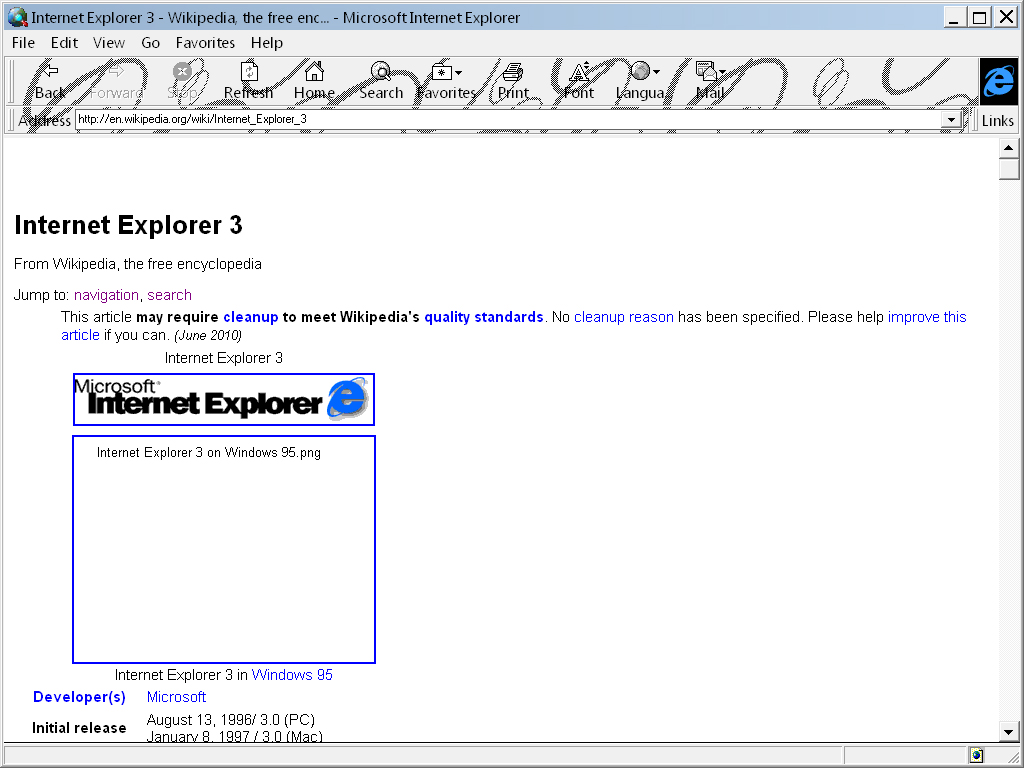 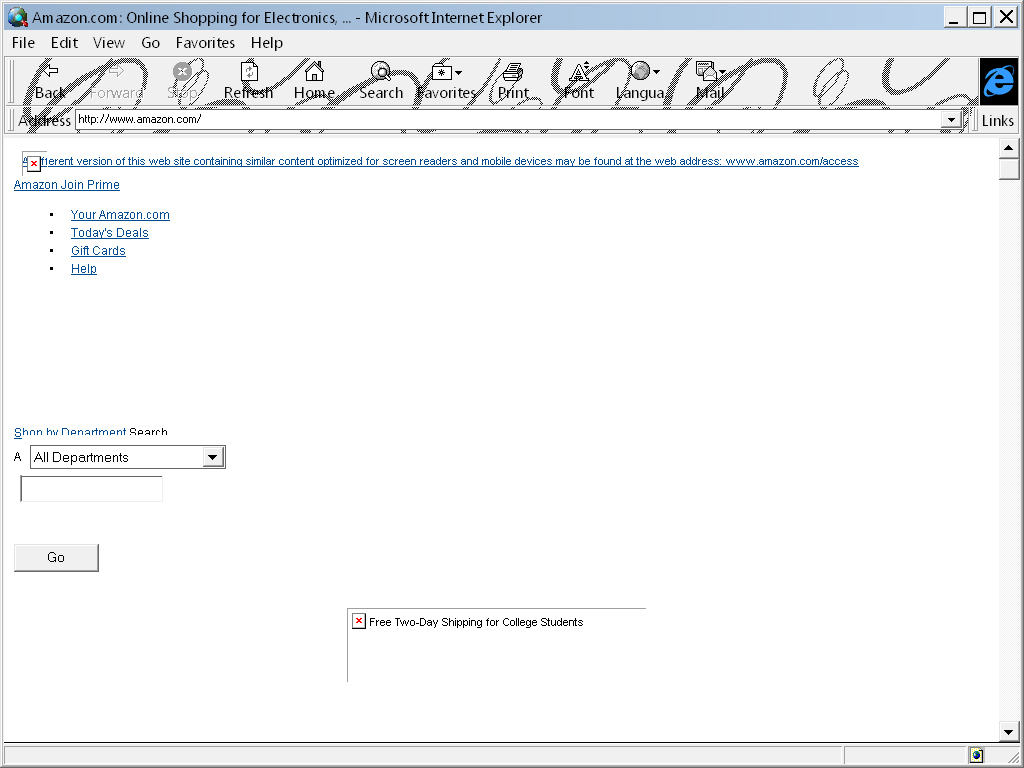 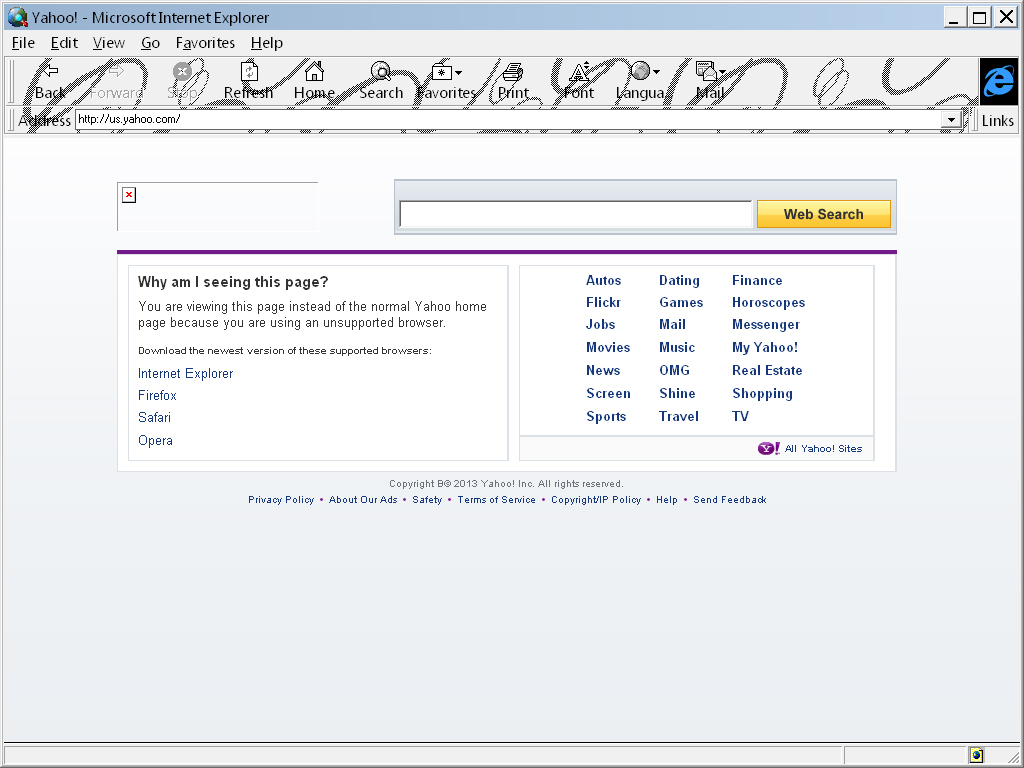 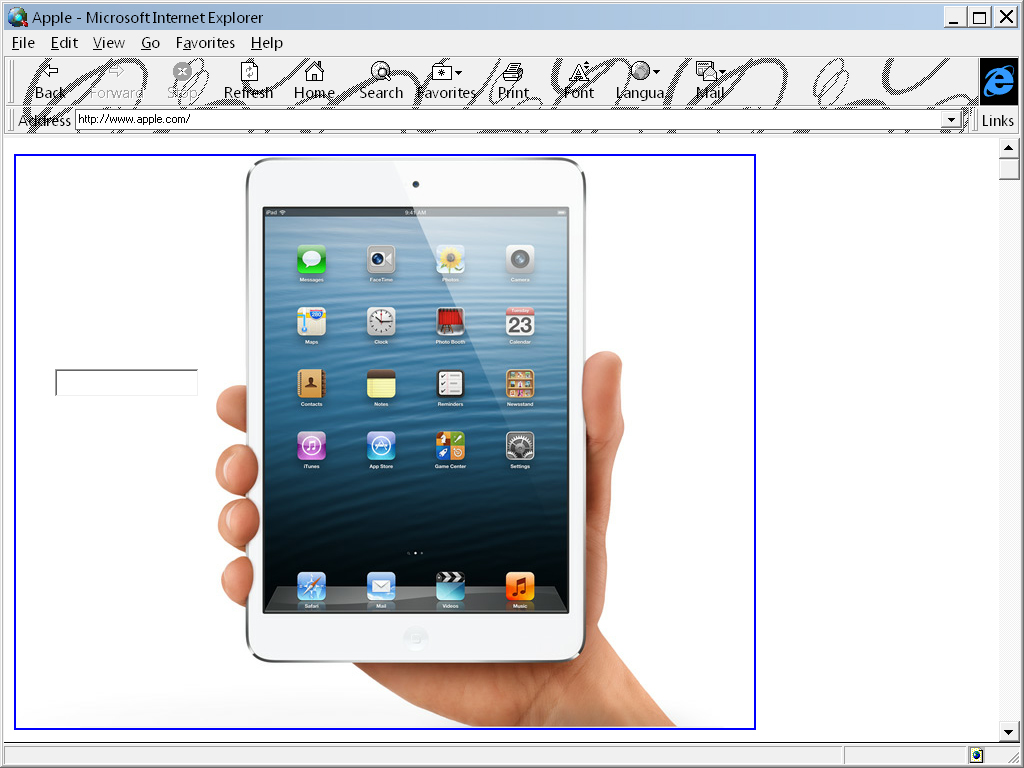 Keeping and running multiple versions of Internet Explorer on the same machine is not provided for by Microsoft. Although there had been a solution found to it, by a web developer Joe Maddalone ( More ... ). Since then there exist several packages with standalone IEs, ordinarily including multiple versions of Internet Explorers to download free of charge.

Running Internet Explorer of 4.0 - 6.0 versions may be a problem under even 32-bit Windows 7. So, for the best experience, 32-bit Windows XP SP3 is required.